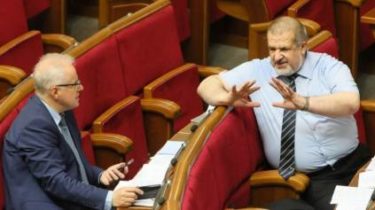 Deputies flew to Washington on a traditional annual prayer Breakfast with the participation of the President of the United States. How many exactly is unknown, but on the sidelines of call number about three dozen, according to a story TSN.19:30.

This was sufficient to work of the Verkhovna Rada stopped: although still registered more than 300 deputies in the session hall was half-empty and did not have the votes even to the ratification of international instruments, which are usually the easiest. Speaker Andrew paruby did not reach the break and closed the meeting before noon.

Videoooo 30 MPs flew at a prayer Breakfast with US President

That was enough to work in the Verkhovna Rada began. Despite the fact, still registered more than three hundred deputies in the session hall was half-empty. Votes is not enough even for the ratification of international instruments, which are usually the easiest. Speaker Andrew paruby did not reach the break and closed the meeting before noon. 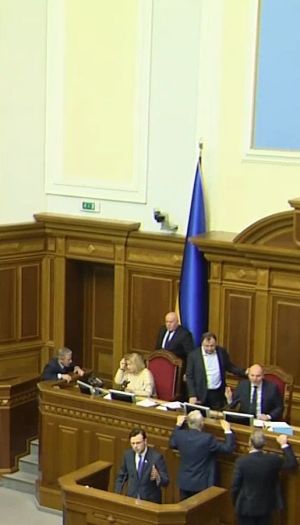 On Thursday, the situation can be even harder, because it’s voting day, and the participants of the prayer Breakfast I couldn’t get back to it. The invitation to this event get MPs through the lobby in the Protestant churches, and Breakfast, they consider not as a purely religious event, but as an opportunity to meet with American politicians who take part in it. In addition to free invitations, it is possible to buy a place at the table. Unofficially they say that the entrance ticket will cost about 25 thousand dollars.

Despite disrupted the work of Parliament, in the Parliament there were members who supported the foreign voyage. “It’s so beautiful, I would say, informal, but still political dialogue in the framework of this presidential prayer Breakfast to hold” – explained the absence of colleagues from BPP’s Deputy Oksana Bilozir. But the leader of the faction “people’s front” Maxim Bourbaki priorities placed differently. “I believe that our workplace here. The mission of our faction is the most powerful – will be less likely there,” he said.