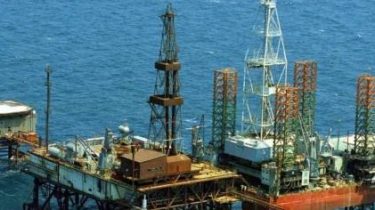 Over the past four years the annexation of the Crimea Russia was illegally mined on the Peninsula and the shelf of the Black sea 7.2 billion cubic meters Gaza.

This was stated by Deputy Chairman of the parliamentary Committee on fuel and energy complex, nuclear policy and nuclear safety Belkova, reports “Today”.

“Since the annexation of Crimea to Russia was illegally extracted from deposits of Ukraine, nearly 7.2 billion cubic meters of natural gas, oil and natural condensate – 231 ton. At the time of the occupation of Crimea the Ukrainian people possessed large reserves of oil and gas in the Crimea – namely, through “Chernomorneftegaz”, which then owned 19 special permits for subsoil use” – said the MP.

14 of these permits have been on the shelf of the Black and Azov seas, and four more on the ground in Crimea, one of special permit for underground storage of natural gas.

Five special permits “Chernomorneftegaz” is currently canceled, “because the company has the opportunity to continue their action, and four licenses in the near future can be stopped. On the specified fields is mining Russia – controlled enterprise”.

Bakulin, who is facing the removal of immunity because of the “men” were in hospital – media

In September of 2016 Ukraine has initiated arbitration proceedings to protect their rights as coastal States in areas adjacent to the Crimea to Maritime zones in the Black and Azov seas, the Kerch Strait.

Meanwhile in “Naftogaz of Ukraine” told, when can start buying Russian gas.