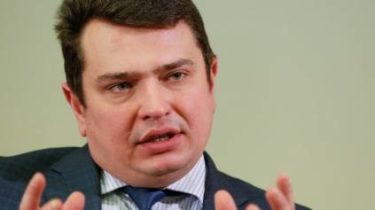 Electronic Declaration of income of officials is under threat as a mechanism to combat corruption. All due to the fact that the National Agency for corruption prevention (NACP) in fact does not check these declarations.

This was stated by the Director of the National anticorruption Bureau of Ukraine (NABU) Sytnyk in an interview with Reuters.

“The body responsible for verifying these declarations, just not running. Electronic declarations can be a very effective tool in the fight against corruption, but unfortunately, since the body (NACP) has never been established in fact, it never started its work, this tool is under threat now,” said Sitnik.

In NACP before such a situation is explained by the fact that they lack the software to test all returns. Also an obstacle is the bureaucracy of officials.

Recall, the NACP, which in fact created in 2016, among other things, verifies declarations, carries out monitoring of the lifestyle of officials, officials, civil servants, judges, prosecutors. About it reports “Radio Freedom”. But the detectives NAB, which was created in 2015, among other things, investigates criminal offences regarding the Declaration of false information.

Between these two authorities repeatedly had public conflicts.