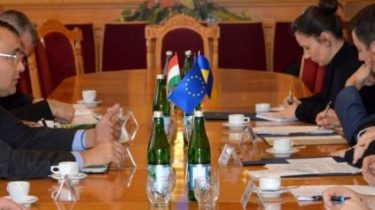 As a result of long negotiations, Ukraine and Hungary have agreed on the key points about ways of resolving the “language issue”.

On Twitter, the Deputy Minister of foreign Affairs of Ukraine Vasily Bodnar.

“With cautious optimism we can say that the lengthy negotiations with the Hungarian party ended with the coordination of key positions,” he said.

In addition to the “language issue”, the parties agreed to establish a joint border control and development of border infrastructure.

Recall that according to the law “On education”, which President Petro Poroshenko signed in September, the only language of instruction in Ukraine is Ukrainian. This decision sparked outrage from some countries. In particular Romania and Hungary harshly he was criticized considering that it violates the rights of national minorities in Ukraine.