Say Hello and heard the Ukrainian speech: normal life returned to the liberated soldiers of the ATO Katerinovka 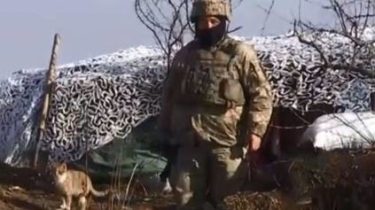 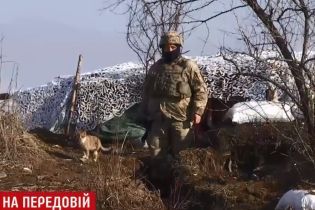 Ukrainian soldiers guarded residents of the village of Katerynivka that to the last it was in a “grey zone” between the conflicting parties in the Donbass. Residents are gradually getting used to civilian life and the status of the logistic village for the army, said in the story TSN.19:30.

The village has electricity, but there is still no gas and water people get from wells. However, the weakness of the local utilities do not complain because they are much more concerned with the threat of military action. The military, which leveled the front line and actually own backs now close down the villagers, do not hide that the war will not go away. “Well, it’s war! Sometimes bullets fly,” says the fighter with the Callsign “Igor”. Residents and fighters can hear what I heard the mine explosions the militants persistently shelled Ukrainian positions near Novoaleksandrovka and Trinity. “So since last night, but overall it’s fairly quiet”, says a military pseudo “Grey”.

Videosmature for the release of Katerinovka from the militants, the soldiers continue to protect the villagers from attacks

Shoot all the militants are not stopped – and echo-heavy breaks and machine gun fire local hear so far. But despite this, people go to work in neighboring villages, and the children run to school for a few kilometers, however, this is quite a dangerous path. 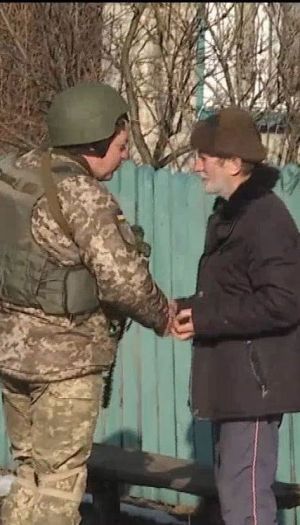 Local people are now his main concern is the possibility to move freely. “The inconsistency of the work of the KPVV: opens late, closes early, and they, of course, need to work,” explains officer Vyacheslav Scorec. People dream not only about a different work schedule posts, but also about the time when their children will be learning to take the school bus. “Children to school by 8:00 and 10:00 miss! Children other ways to go, but it’s dangerous – my brother was blown up on the stretch,” said the peasant woman Nelia Zalivatsky.

People say they have forgotten how to look fighters, but the inscriptions on the glorification of the “Russian world” still adorn the walls and fences Katerinovka. Patriotic colors there are frankly not enough, but the military is calm, that the work goes on – and as a result, something where you can hear the Ukrainian language. “Normally, positive, people say Hello – this is a plus! People talk Ukrainian and surzhik”, says “Igor”. And believe in good future of Ukrainian of this village.