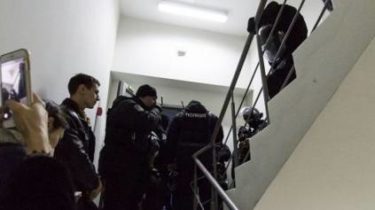 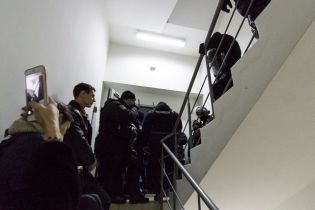 About it writes the edition “News”. His office is located in the building on the 32nd floor.

“It was a statement that someone sprayed some kind of gas. The smoke was on the 32nd floor, no life-threatening,” – said the press Secretary of the SSES in Kiev Svetlana Vodolaga, reports “Ukrainian truth”.

We will remind, in the morning the office of “Vesti” visited staff of the National Agency for the identification, investigation and management of assets derived from corruption and other crimes (ARMAGH.)

The press service of ARMAGH reported that the premises at 31, 32 and 33 floors today, February 8, entrusted to the national Agency.

February 3 employees of ARMA once again tried to take control of the assets in the office center “Gulliver“whose premises is the edition of “Vesti”. The “news” insisted on the illegality of the actions of the representatives of the national Agency.

15 Dec 2017 ARMA staff have stated that their work to resist in the premises of the “unison group”, where the office of the media holding “Vesti”.

14 July 2017 the Chief military Prosecutor together with the National police conducted complex searches in the premises belonging to the ex-Minister of income and fees Alexander Klimenko, including the media holding “Vesti”.

The Minister of internal Affairs Arsen Avakov wrote that the holding company connected with the criminal scheme of “embezzlement of public funds, the regime of Yanukovych”, in particular, Oleksandr Klymenko.

Avakov also reported that within investigation of activity of the ex-Minister will be described and the locked property of the company “unison”.

Later the chief military Prosecutor Anatoly Matios said that the edition of “Vesti” forced to agree to the terms of use of the premises in the Mall “Gulliver” with ARMA.