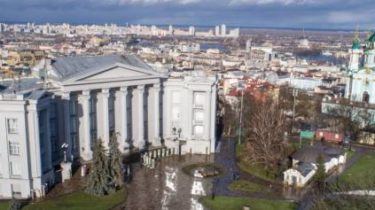 Ministry of culture prepared a lawsuit, which should help to carry the Mafs of the Moscow Patriarchate, which put near the remains of the tithe Church.

About this during meeting of the Verkhovna Rada was declared by the Minister of culture Yevhen Nyshchuk, espresso.

“They (Mafy – Ed.) installed there illegally. In 2012, the obvious predecessors have signed, we know how it was done,” he said.

Yevhen nyshchuk added, the Ministry has prepared all the documents for the lawsuit in this case. They must submit the object of economic law and the national Museum of history of Ukraine, on whose territory is located the facilities.

The Minister promised that the Ministry will accompany the whole judicial process.

Recall, hundreds of residents gathered on 3 February near the remains of the foundations of the tithe Church in Kiev. They wanted to demolish the chapel of the UOC-MP. The tithe Church was built by Prince Vladimir in Kiev in 989-996 years. It is considered the first stone Church of Kievan Rus. The building was destroyed in 1240. It is still unknown what form was this temple.