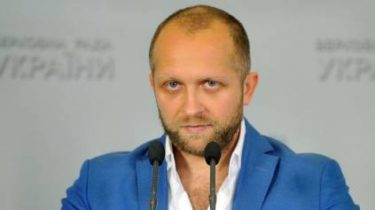 This was stated by the Deputy attorney Peter Boyko, writes “Ukrainian truth”.

“Yes, the court decided to remove an electronic bracelet. Today, the court analyzed the risks and understand that risks are significantly decreased. Left the examination and obtaining documents from Germany that referred to Rosenblatt (Rosenblatt Borislav – approx.ed), and do not Polyakov”, – he said.

According to Boyko, the court came to the conclusion that, since there are simple investigations, excessive charges are not needed.

Besides, the lawyer specified that Poles and must appear before the investigator, Prosecutor or the court at the first call, not to communicate with witnesses, surrender passport to pretrial investigation, not to travel outside Ukraine without the permission and Deposit.

Separately Boyko predicted that it was the last extension of the obligations Polyakov, so soon to be completed pre-trial investigation and will re-open the investigation.

We will remind, Poles suspected of receiving a bribe. On 19 June the detectives NAB has arrested seven persons involved in extortion and obtaining illegal benefit for assisting foreign companies in the implementation of extraction of amber in Ukraine.