Saw hell: architects-arsonists chapel of the UOC-MP in Kiev, told us about eight days in jail 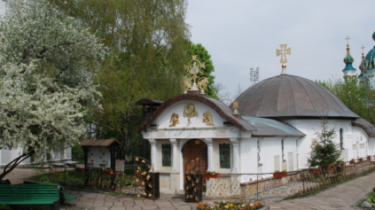 Released from custody architects, which suspected arson attempt illegal constructions in the National history Museum, told about his prison life. Eight days spent in jail people who tried to destroy the illegally installed a chapel of the Moscow Patriarchate, said in the story TSN.19:30.

“It was an act of desperation. Here is just gathered a host of violations against the Ukrainian state in the cultural sense, legal, archaeological sense,” – said about this act the architect Alexey of the House. After a stay in jail he and his friend Alexander Gorban said that “in comparison with civil life, this is the most that can be like hell.” In a cell with 14 beds was 35 detainees, it was necessary to sleep by turns. However, House insists that is standing out and the intention to clear the historical site from unauthorized building refuses.

The planning Commission supported the petition to dismantle the so-called chapel of the UOC of the Moscow Patriarchate near the Foundation of the tithe Church. In the Kiev mayor’s office confirmed that no permits were not issued. Now the national Museum of history, the territory of which is the squatter preparing a lawsuit against a religious organization, which is engaged in illegal construction. 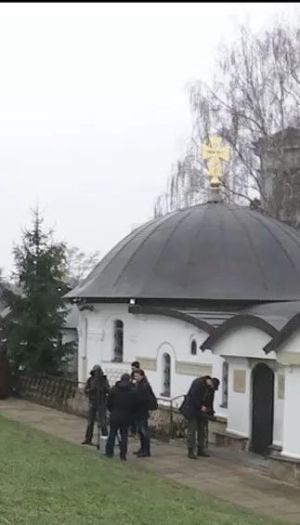 Historians, architects and other activists have for years protested against the destruction of the reserve, but they are heard only after trying to set fire to the Church. The house and the stage is now under investigation, accused of arson and property damage. “It’s a security zone of a monument of architecture, and there can be no developments,” says the Director of the historical Museum Tatyana Sosnovskaya. The clergy to respond to the allegations not in a hurry, but the security of the building increased, and the sermons call to come parishioners from other churches. Around the temple runs the supporters of the Moscow Patriarchate. “I am against the demolition of the Orthodox churches as other than satanic,” says Archpriest Sergey Izmodenov.

At the meeting of permanent Commission of the Kyiv city Council has already considered the petition of Kiev of the demolition of the Church squatter and confirmed that no permits for land or building religious buildings was not given. And therefore unanimously recognized the chapel as illegal and ordered the city authorities as soon as possible to eliminate the violation.