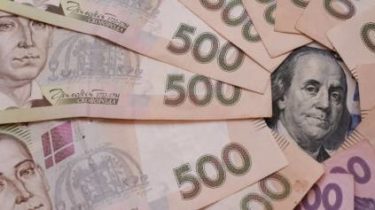 The volume of shadow economy of Ukraine is on average 44.8% of GDP.

This is stated in the report of the economist, Leandro Medina from the African Department of the IMF and Friedrich Schneider from the University of Kepler, published on the website of the International monetary Fund, reports the Economic truth.

A large-scale offensive in the “shadow” alcohol: tens of plants carry out searches

“Shadow accounting”: AP found evidence of laundering $ 1.2 million worth of Yanukovych and Monforton

The authors of the study used the definition of the Organization for economic cooperation and development in 2016, which takes into account the “unobserved” sectors of the economy, including illegal activity (GDP attributable to purely criminal activities), “statistical underground” (a legitimate, but an economy that is not calculated by statistics), production for own use household methods explicitly take into account the “shadow” created for tax evasion.

This work is the first systematic application of new statistical methods for the estimation of the shadow economy that developed in the years 2010-2017 in economic science.

The environment is Poroshenko preparing for the shadow privatization of Ukraine’s energy sector.

Earlier it was reported that in 2016, the volume of shadow economy in Ukraine amounted to 1.1 trillion hryvnia. These are the findings of a study by the international Association of chartered certified accountants, referred to by the author of the publication DT.UA Sergey Slezi. He reminded that GDP in the same year amounted to 2.38 trillion UAH, and the revenues of the state budget was determined by the amount of 595 billion. With the amount of 1.1 trillion hryvnias of taxes and contributions to the budget are not paid.

The author has noticed that with the same period in 45,16% Ukraine took the third place in the list of countries with the largest shadow economy in the world. Above this percentage is only Nigeria and Azerbaijan.