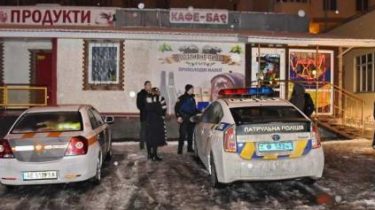 In Kiev at night on the Western sulic in Solomenskiy district male suddenly started shooting at the crowd of people.

As noted, the incident occurred near the café-bar. The company went outside for a smoke, at this moment by drove the car with the girl was approached by an unknown man. Between them the fight started, the guy suddenly pulled out a weapon and began firing on the crowd.

According to witnesses, was heard seven shots, wounding three people, they already received medical treatment. The people who were standing near the cafe, managed to knock the weapon out of his hands and to twist the bully, but he escaped and ran away. The girl also left the scene.

Later it became known that the shooter himself called the police, saying that the man in the street confiscated weapons. They are now doing law enforcement. It is also reported that the attacker 30 years with the company, which fired from a traumatic weapons, he is unknown, and therefore the cause of the shooting is unknown. The investigation continues.

We will remind, earlier in Kiev at the gas station there was a mass brawl for all. One of the drivers tried to queue and aggressively responded to the comment, which led to a skirmish.