The Ukrainians were the second influence on Poland’s economy 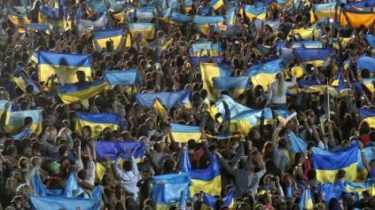 Ukrainians took second place in the rating “50 most influential people of the Polish economy” for 2017.

This is evidenced by the results of rating of popular edition Dziennik Gazeta Prawna.

Note, first place was taken by the Prime Minister of Poland Mateusz Morawiecki, the third President Andrzej Duda, the fourth – his French counterpart Emmanuel macron, and completes the top-five by the Minister of justice of Poland Zbigniew Ziobro.

Ukraine and Poland. What do we do with the poles?

“Ukrainians — the collective character of the Polish economy, or at least important and the light point on our labor market,” the article reads.

According to the authors of the rating, most labor migrants come to Poland from Ukraine, the Polish economy is growing and labour-intensive, so the number of employees is constantly growing.

“We began to notice the Ukrainians after the Russian aggression in Crimea and the conflict in the Donbass, not only in our agriculture or horticulture, but also in many other industries. Last year Polish employers filed 1.7 million declarations of intent to employ citizens of Ukraine, which is one third more than in 2016, and in 2014, the increase was 350 per cent,” the newspaper said.

Silence is Golden. What threatens “antibanderovskie” the law of the Ukrainians who work or travel in Poland

At the same time, according to the authors, Ukrainians do not help to solve the problem of rapid population decline in Poland.

“Ukraine is aging and becoming deserted even quicker than Poland. We also cannot expect that new employees will stay in Poland for a long time”, – concluded edition.

Earlier, between Ukraine and Poland, another scandal broke. 6 Feb the President of Poland Andrzej Duda signed the so-called “antibanderovskie law” providing for criminal liability for denial of the Volyn tragedy, the promotion of “the ideology of Bandera”, as well as public accusations against Poland for crimes committed during the Holocaust. Any citizen of the country, a foreigner may be sentenced to payment of a fine or even imprisonment for up to three years.