Happiness in old age: the people of Kiev got married at the age of 70 and for several years enjoy life 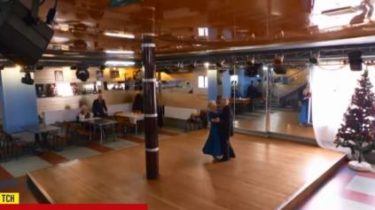 In 30 years, the majority of Ukrainians already have the experience of married life and in Europe this age is only for the first time become down the aisle. Statistics show that Ukrainian youth is adopting the Western tradition, and if 20 years ago, the average bride was under 21 years, and the groom 24, today Ukrainian women marry primarily to 25, and men go to the registry office in 28 years, according to a story TSN.19:30.

Do not hesitate Ukrainians and Mature marriages: each of the 25 pair is for those over 60. Journalists on the eve of Valentine’s day decided to tell you about those who are married already far for 70. 81-year-old Love starts the morning with coffee and grapefruit juice, calls itself a natural blonde – so joking about the gray hair. Meanwhile, her husband Anatoly on the hydro physical exercises. “Do not give yourself dry up”, says between sets on the bar a pensioner.

Videodoes pensioners in old age got married for crazy love

In 30 years, the majority of Ukrainians have already the experience of married life. In Europe this age is only for the first time become down the aisle. However, statistics show that Ukrainian youth slowly takes the Western tradition. 20 years ago the average bride was under 21 years, groom – 24. Today Ukrainian women marry primarily to 25, and men go to the registry office in 28 years. Do not hesitate Ukrainians and Mature marriages. But the heroes of our story first got married, when they were well over 70. 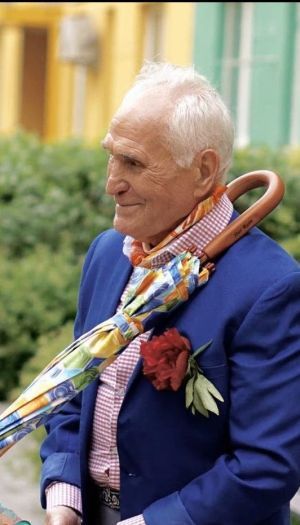 His wife admits that demanding as I used to be a leader. It makes 86-year-old man to keep the brand, because itself every day in sports. “Beside her there was always a queue of men”, – says Anatoly. “Novels – Yes. I Bit out, so each “traitor” told me. Still suffering,” admits Love. They met at a dance, when Anatoly came to the retirement home still with first wife and divorced the Love was the Queen of disco. “Honestly, I looked at her,” – says Anatoly. “I had a taboo. Married is taboo. My conscience is clear in front of her,” says Love. Last year Anatoly’s wife was seriously ill and the dancing was only a spectator. “She could not dance, and said, take someone else,” says the man. He blushed, embarrassed, but stood in line to dance with Love.

And then she met him by chance on the street and learned that his wife died. In order to support and reassure, invited to tea. He invited her to a birthday party for himself, and so began a relationship. “I’m in love with her. There figure, and that’s what you want”, – says Anatoly. Together with Love he lives for nine years, comfortable accommodation helped to buy and equip the children of the pensioner, but the children of Anatolia to his new love didn’t take. “With her children I do this better than with your own kind,” admits the man. “They didn’t accept me at all. Son in eight years did not even say Hello,” stated Love.

What to give to your favorite Valentine’s Day

With this, the lovers are reconciled and, despite everything, continue whirling in the waltz. “There is a passion do not burn. Love is a different angle. Here respect,” – says the woman. Both believe that it’s love forever, because for each of them and even though she is not the first but definitely the latter.