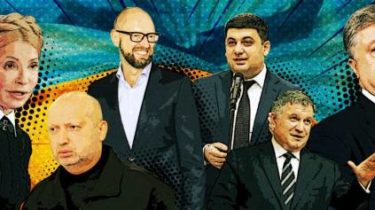 Petro Poroshenko resumed talks about a merger of the party of his name and the popular front (NF) in a new political power.

The conversations are behind closed doors in the format of “strategic nines” – an informal body comprising the leaders of the PF and the President’s inner circle.

According to the plan, the new party should be formed from people who have not lost the trust of society, and entirely new entities.

Videolatina on the new party 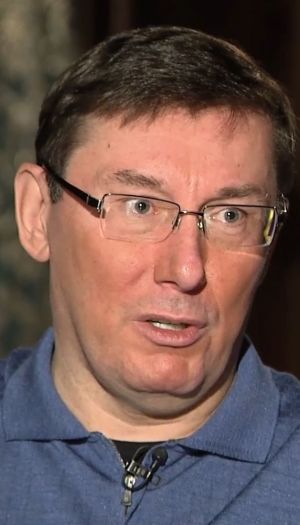 “It should be neither the PPB nor the “popular front” nor a SHOT… The limit of trust to all of them exhausted. But this does not mean that the limit is exceeded to many who are inside,” – said in an interview with TSN.ia Prosecutor General Yury Lutsenko.

The United party of power is needed Poroshenko to curb their own allies.

It is important that the whole team – the attorney General, the Prime Minister and the leaders of the “popular front” worked for his victory and not fighting between themselves.

However, the “popular front” is in no hurry to shake hands with Poroshenko. Against the Association supports the Minister of internal Affairs Arsen Avakov, who maintains contacts with the other candidate – the leader of the faction and the party “Batkivshchyna” Yulia Tymoshenko. 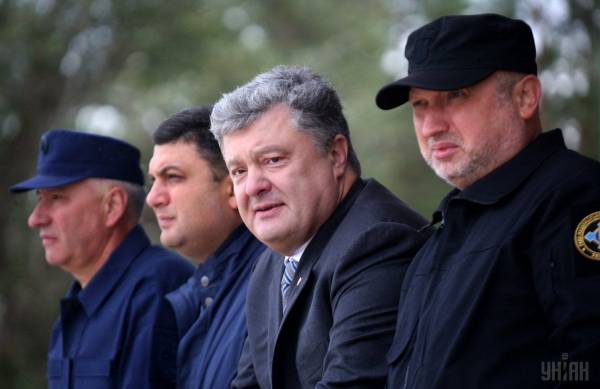 The only veteran “strategic nines”, which stands for the Association, – the NSDC Secretary Oleksandr Turchynov.

He has joined the team of Poroshenko in the preparations for the presidential elections of 2019. On Turchinov, Avakov and Yatsenyuk “popular front” was in a state of uncertainty and almost split.

His game is Prime Minister Vladimir Groisman. He is looking for allies to create a separate political project.

The difficulties of assimilation

Last year, the negotiations on unification of parties of the PPO and “popular front” with nothing over.

In the spring, in closed session, the President the idea of a new party proposed by Yuriy Lutsenko. Autumn on the agenda is the discussion returned Turchinov.

However, the dialogue has not gone away – the parties were unable even to agree on how to create a party: based on the structures of the BPP, based on the NF, or even start a “social movement” should develop into a political force.

Yuriy Lutsenko: Poroshenko is able to negotiate and does it aggressively

Recently Lutsenko explained to TSN.ia the necessity of creating a new party: “for Example, Boris Filatov (the mayor of the Dnieper – ed.). He has one of the highest ratings of the mayors of major centres. And he asked me, “Why there is no clear platform, no ideological fireworks, but those who do the work. I am ready to go with anyone who will help the Dnieper. There are such people in the West, there are such people in the South. They are now outside the political parties, but people trust them”.

In the new year, the party began to say to Peter Poroshenko. This is a topic he raised at the meeting of the “strategic nines” 4 Feb. 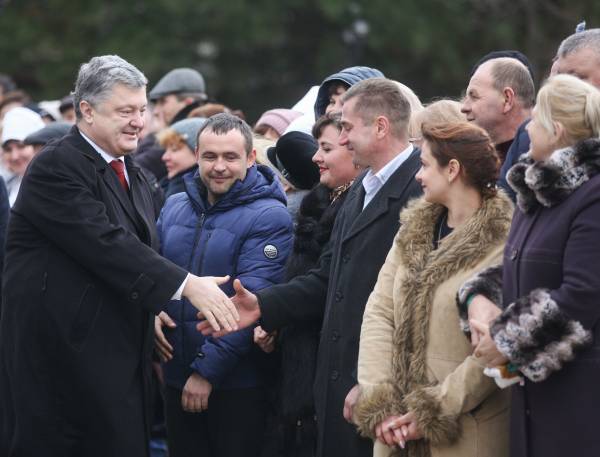 But the conversation has not even reached the discussion of the quota because of the reluctance Avakov and Yatsenyuk to continue this topic.

“We have not given consent to the formation of the party and discussed quotas,” says a source close to the Minister of internal Affairs. Besides, Poroshenko did not accept the idea of NF about the need for changes to the Constitution in terms of limits on presidential authority.

Another participant nine describes the meeting as a mockery of Poroshenko.

“Everyone keep a Fig in a pocket and catch a buzz from how pussy*you Peter” – he sneers.

Back to your corners

Unification is hindered by the uncertainty within the party “people’s front”. By the fall NF can be divided into two wings – those who are willing to support the incumbent President, and those who are not against to raise the flags with Tymoshenko.

Avakov, who left the team “Batkivshchyna” in 2014, started to communicate closely with Tymoshenko since the summer of 2017. He does not hide and in private conversations, even defiantly mocks Poroshenko, they say, “Peter, you are the only candidate you can support.”

Close associates of the President say that Tymoshenko met and Arseniy Yatsenyuk. According to them, the meeting was held in late January. TSN.ia asked to comment on this information the press Secretary Yatsenyuk, but the response we have received. 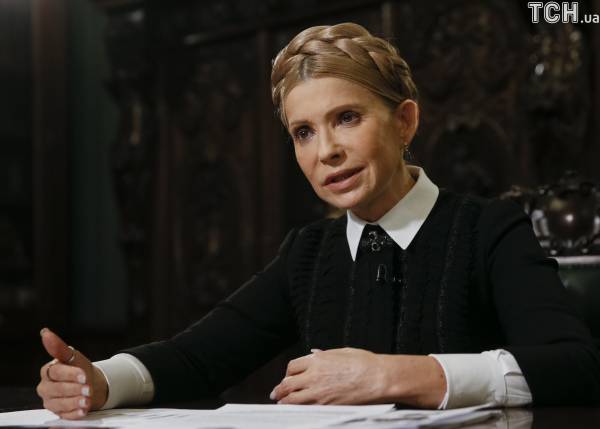 Press Secretary Tymoshenko Maryna Soroka to the same question replied that they did not possess such information.

In a private conversation with one of the closest allies Poroshenko TSN.ia asked why the “popular front” does not want to become one system with Poroshenko, and received outrage:

“This is complete cynicism, but they weigh which is better: us or Tymoshenko.”

But Poroshenko can count on another team member of the NF – NSDC Secretary Turchinov, who opposes any cooperation with the leader of “Batkivshchyna”.

Yulia Tymoshenko, the presidents of Kosovo and Guatemala: who attended the prayer Breakfast at the trump

Their relationship with Tymoshenko has deteriorated in early 2014, when Turchinov acting President of Ukraine after Viktor Yanukovych fled. The NSDC Secretary could be persuaded if Tymoshenko not to participate in the 2014 presidential elections and to support Poroshenko. Later, she accused Turchynov that he prevented her to lead the country.

Since that time, the NSDC Secretary on the side of Poroshenko, and until recently was considered the main contender for the position of head of his electoral headquarters.

However, Turchinov did not want to take on extra responsibilities and found a different configuration. It will be a shadow Director and will lead the crisis management team at the headquarters of the President. The task for this group will be to bring together top politicians around Poroshenko. 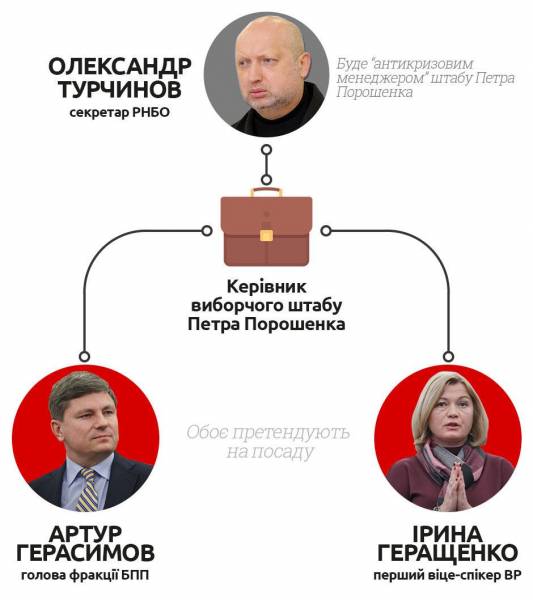 “Valentine would not deal with bureaucracy and to focus on policy and strategy”, – said the source in the entourage of Secretary of the NSDC.

The position of the official head of staff now consider the PPB faction leader Arthur Gerasimov or Deputy speaker of the Verkhovna Rada Iryna Gerashchenko. TSN.ia asked about this in the comments to the two politicians, however, answers have not received.

In addition to non-public work staff for Poroshenko need of an official of the ruling party. To lead a new political force at the meeting of the “strategic nine” February 4, he asked Vladimir Groisman. The latter agreed but put a condition: he is the real leader of the party with these powers. It is not satisfied with Poroshenko. Why the Prime Minister is looking for a private place in the sun.
Last Friday he went for broke and spoke in Parliament almost from the presidential speech.

“We need eventually to make a decision: we’re a parliamentary-presidential, or presidential-parliamentary. We must define, and this is very important, responsibilities in all levels of government. Clearly say who is responsible for what,” – here Groisman already passed “Hello” Poroshenko, who fundamentally wants to change the Constitution.

This statement of policies prepared for a few days and kept it secret from the AP. The environment, argues that by this statement he wants to start the process of creating his own political project without Poroshenko. 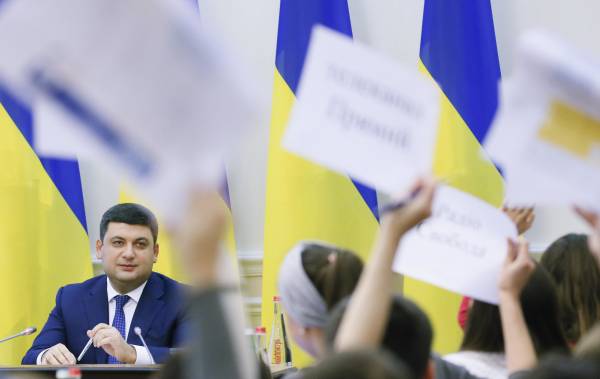 “There are no negotiations. But we are talking on possible concept. ready to speak with everyone possible,” says a source close to the Prime Minister.

Several MPs in the popular front claim that Ukraine already conducts such consultations with Andriy Parubiy.

“This is a team of young, unblemished and promising” – ironically one of the senior deputies of the faction of the NF.

In turn, the leader of the “veterans” Maxim Bourbaki denied the words of his colleagues on the talks the Prime Minister and the speaker of Parliament, saying that this is just “the conspiracy theory of journalists.”

While Petro Poroshenko dreams of victory in the presidential election, a group within the government broke up at the corners and rapidly raise your rates. Everyone is waiting for Poroshenko to make serious concessions and cost proposals. But the President is not willing to share power just like that. Time is running out, the appetites are only growing.