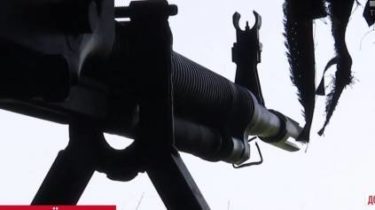 Operational the situation in Shirokino changing as rapidly as the weather. Ukrainian military are holding their positions, but the enemy is rampant and covered them with shells is prohibited caliber, according to a story TSN.19:30.

“Sometimes quietly, sometimes not” – philosophically concluded by the defenders of the village. “When they fire intermittently, it’s okay, but when it begins to fly in a normal RPG, AGS, dense strelkotnya – that’s good. So minoletti work”, – told about the daily status of marine nicknamed “German”. 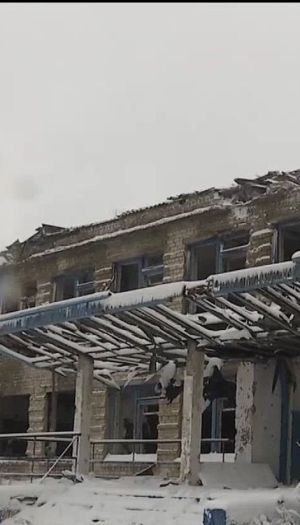 Defenders almost don’t use the technique because it does not allow you to move quietly and to expose their whereabouts fighters don’t like. Yes, and for obvious purposes, the enemy starts to beat the powerful 120-m caliber. Therefore, the military prefer to be like a Ghost, especially because such a tactic is bearing fruit: recently fighters neutralized the enemy DRG consisting of five people. “The devices can be seen. Two captured, three destroyed,” admitted marine “housing”.

The initiator of the shootings is always the invader, and fights can last for several hours. The military said that remote exercises on accuracy are rather the expenditure of ammunition than effective action, but can not change anything, because the command to move forward there. “What we achieve victories fit in the fit? If we take now the landing, standing in front of me, it will give nothing”, – says the fighter “Rabaty”. The military can hope for is that the command must exist a global plan for the liberation of ORDO from terrorists, and they will be able to do much more than they do now.