“Not going to hide”: Trukhanov for the first time commented on his arrest at the airport 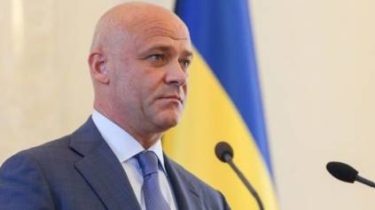 The mayor of Odessa Gennady Trukhanov who declared suspicion in a corruption case, said his detention at the airport “Borispol”.

On his page on Facebook he wrote that today, February 14, interrupted my trip to the Czech Republic.

He also officially declared that does not intend anything to hide.

“Moreover, the truth and the law is on my side. Moreover, interrupting a business trip, I asked my lawyer to formally communicate with the NAB and inform about the time of my arrival in order to avoid further speculation. Odessa city head, twice received a vote of confidence from Odessa, I declare that all decisions made by the city Council and the Executive Committee, consistent with and conform to the letter of the law,” he added.

Dear Odessans! Want to comment on the information regarding my “arrest at the airport” and to set the record straight…

Earlier today it was reported that the mayor of Odessa Gennady Trukhanov who declared suspicion in a corruption case, today, February 14, in the morning he returned from abroad to Ukraine. The official arrived by plane from Warsaw airport “Borispol”. There he was detained by the guards, who then gave Trukhanov employees of the National anticorruption Bureau of Ukraine. Later in the NEB confirmed that February 14, at the Boryspil airport NABOO detectives and prosecutors SAP according to article 208 criminal procedure code of Ukraine detained in Odessa the mayor and his Deputy, suspected of committing a crime under part 5 article 191 of the criminal code of Ukraine (Misappropriation of property through abuse of official position”). Currently, with all the suspects are investigative and procedural actions, as well as the question on election of a preventive measure.

Videomary of Odessa Gennady Trukhanov was detained at the airport “Borispol”

The mayor of Odessa Gennady Trukhanov was detained at the airport “Borispol”. This is reported in the anti-corruption Bureau. The day before he and his three subordinates in absentia declared suspicion. he is accused of a financial transaction. 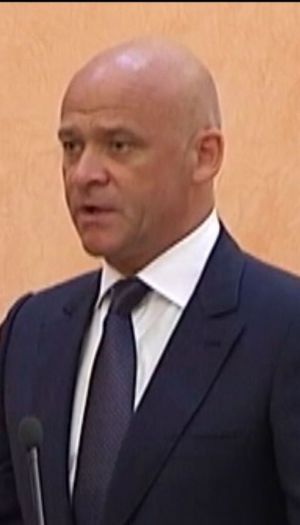 We will remind, the mayor of Odessa Gennady Trukhanov and his three subordinates suspicions were announced in absentia. Three more people were detained. It is reported by the NEB, said in the story of the program TSN.Morning. All of them suspected of financial fraud. The municipality, according to detectives acquired the administrative building of the former factory “region” – at an inflated price of 185 million hryvnias. Coincidentally, six months before the building was only 11 million. The NAB had arrested the accounts to which the Odessites transferred the money.

The suspicion was declared in absentia, because the defendants in the case are not in Ukraine, as in the city Council raided in October 2017.

The mayor of Odessa, Trukhanov after new year’s vacation once went on a business trip to Athens. From Greece flew to Davos. And then again took leave already at his own expense. In a press-service Gennady Trukhanov TSN reported that the mayor went to work, but immediately flew to a business trip to the Czech Republic.

Suspicions of NABOO at city hall does not comment on, the issues suggest to put anti-corruption Bureau. The detectives NAB will decide to declare suspects wanted.