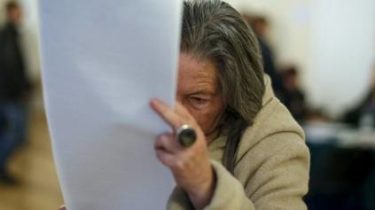 In Ukraine may take place a special election due to the dissatisfaction of the population with power.

This is stated in the written report of the Director of national intelligence Dan Coates, reports Voice of America.

In the document the factors that threaten the economic revival of Ukraine and may lead to changes in foreign policy.

“Public discontent with the pace of reforms, the deterioration of living standards, the idea that corruption is enhanced, and the aggravation of political confrontation on the eve of the scheduled presidential and legislative elections in 2019 could lead to early elections”, – the document says.

The report notes that “opposition leaders will try to use the discontent of the population in order to weaken Ukrainian President Petro Poroshenko and the ruling coalition before the elections of 2019 year.”

Also, U.S. intelligence warns that Russia will try to take advantage of the internal turmoil in Ukraine is to undermine the current Pro-Western orientation of official Kiev.

Early elections, a new leader, and economic reforms. What the stars foretell Ukraine to 2018

We will remind, the report also stated that during 2018 the Russian secret services and government agencies can strengthen the subversive cyberactivist against the United States, Western countries and Ukraine. According to forecasts of National intelligence, the Russian government will expand the range of already implemented operations, “including with respect to the disruption of power distribution networks, hacker break-ins with the subsequent disclosure of information, increasing network attacks and provocations under a false name.”