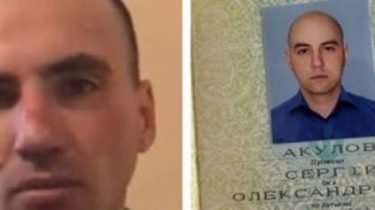 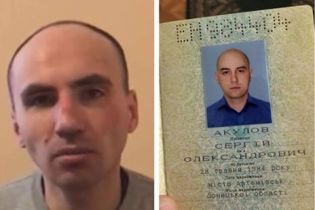 “Advisor to the Minister of state security LC” Sergey Akulov tried to get a higher education diploma through the shell of a man.

About this on his page in Facebook wrote the correspondent of “1+1” Andrei Tsaplienko.

According to him, counterintelligence security Service of Ukraine learned that the sharks intend to get a diploma in Kharkov. But the document did not go, and for a thousand dollars hired similar to local resident Denis Calibaba. He went to Kharkov for a diploma, but were detained by militiamen.

“In January, Denis Calibaba arrived from the occupied territory of Luhansk oblast to Kharkiv. Boldly went to the exams. Did not know that he is in the spotlight Ukrainian “specialists”, and exams with a passport “separable” Akulova already documented”, – the journalist wrote.

According to Tsaplienko, Denis Calibaba was long kulovym recruited and collected information about the “depressed” in the Luhansk region mines that came under the control of the FSB. Akulov also attracted Kalibaru to finding safe houses for accommodation of employees of the FSB, who, under the cover documents coordinated “MGB LNR” and 2nd army corps “army of the LNP”. Counterintelligence SBU know at least ten of such apartments.

If you see that the passport of this person says, “Akulov Sergey”, don’t believe my eyes. A guy with no zae…

We will remind, the daughter of Luhansk militants, “the Minister of internal Affairs of LNR” Igor Kornet – Marina is studying at the Kharkiv National law University named after Yaroslav the Wise on the Prosecutor. After the publicity about it, the girl changed phone numbers and the name in social networks, do not go to University and do not wish to comment. According to classmates, the daughter of Cornet chic living: rents an apartment in the center of Kharkov for 20 thousand UAH, and gives its fans watch over 10 thousand dollars. The girl says that his own father doesn’t communicate.

The video “Money” was able to talk with the daughter of a terrorist Cornet, who is studying at Kharkiv University