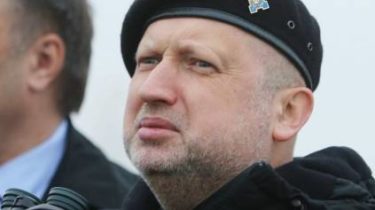 Russia planned the occupation of the Crimea: the disarmament of Ukrainian units must be completed by March 1.

This was during a meeting of the Obolon court in the case of Yanukovych, said the NSDC Secretary Oleksandr Turchynov.

Developed in Czechoslovakia during the Soviet era scheme: Koval told how Russia annexed the Peninsula

Russia began to concentrate the armed forces in the North and East of the borders of Ukraine to prepare an invasion of mainland Ukraine. This was reported by Ukrainian intelligence officers and overseas partners, said Turchynov.

“Provoking the death of civilians in the Crimea, using the fact that the country is chaos, there is no power, the country engulfed in the fires of separatist activities to begin without resistance to the invasion of the territory of Ukraine, to take control of the South and East of Ukraine, as well as to establish control over the city of Kiev, to restore the puppet regime of Yanukovych”, – he said.

The NSDC Secretary noted that Russia was trying to take control of the North and East of the country to restore the authority of the President-the fugitive.

“And that is what I primarily served as Yanukovich’s statement on the introduction of Russian troops. And this statement served as political cover for President Putin and his clique in the conduct of aggressive military actions against Ukraine”, – he stressed.

If these actions were implemented, said Turchynov, the Russian aggression would have served the world as the restoration of the constitutional order in Ukraine.

Yanukovych went to the betrayal of their own country, “referring to the hostile state, which had claims on our territorial integrity, so that by blood, by the destruction of a huge number of people, through aggression against their own country, to restore its own powers, to regain power in the country,” he said.