Under the court, which elected the measure of restraint Trukhanov, clashes and shooting 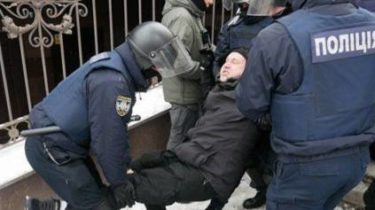 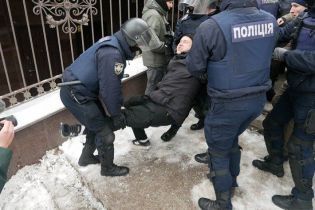 Today, February 15, under the Solomensky court of Kiev, which examines the measure of restraint to the mayor of Odessa Gennady Trukhanov, clashed and shots rang out.

As the correspondent of TSN from the scene were two gunshots, suffered by the representative power structures. He was being treated. What was used weapons – firearms or traumatic – it turns out now. Also are detained, the number of detainees is still unknown.

Previously, under the court came representatives of the so-called “National guards”. Also in the morning near the building were watching the boys athletic appearance.

Note that in the morning police and National guard are not just took the courthouse under heavy guard and even blocked the passage to the 4th floor, where the meeting.

Video from the scene publishes the “Ukrainian truth”: