Russia sent fighters and bombers to the borders of Ukraine, APU 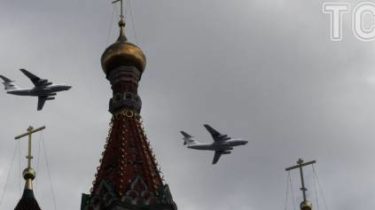 Russia has stepped up its air near the border with Ukraine.

This was reported by the press service of the command of the Air forces of Ukraine in Facebook.

“Today, 15 February, during training at the air defense of the Armed Forces of Ukraine by forces and means of Air forces of VS of Ukraine was recorded increased activity of the airborne component of Air and Space Forces of the Russian Federation, along the Eastern air border of Ukraine”, – stated in the message.

According to the APU, fighter and bomber aircraft, Russia has carried out missions from airfields in the Kursk, Millerovo, guards and Saki as close to the state border of Ukraine, and the demarcation line.

“In addition, the group of strategic missile-carrying bomber Tu-95, accompanied by a pair of su-30 of the Russian Federation flew in the airspace of the Crimea and worked conditional launches of cruise missiles towards the mainland of Ukraine”, – said the military.

ACTIVATION of AIR COMPONENTS of the RUSSIAN FEDERATION Today, February 15, during a training session profipower…

Published command of the Air forces of Ukraine / Air Force Command of the UA Armed Forces on 15 February 2018.

Command of Air Forces of VSU