The Ukrainians were three times more likely to use Bank cards than cash. Infographics 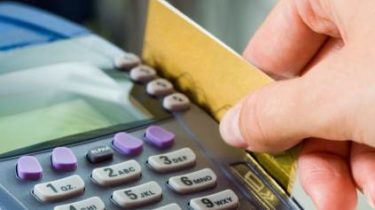 Over the past five years during the calculations, the Ukrainians are three times more likely to pay bank card than in cash.

Over the past year Ukrainians have made more than 3 billion transactions using cards issued by Ukrainian banks in the amount of 2 trillion 125 billion (this is 23% and 31.9% more compared to 2016).

The regulator notes that there is a stable dynamics of growth of non-cash payments: in 2017 the number of such transactions increased by 30.2%, and volume by 46.2% (compared to 2016).

Last year the largest volume of non-cash transactions occurred in the Internet payments – 38,8%, and the largest number during calculations stores – 50.6 per cent.

Pay card in 173,8 thousand stores and services. Terminals for payment cards in Ukraine, there 251,7 thousand. The average number of ATMs during the year almost has not changed. As of January 1, 2018, in Ukraine there were 77 member banks of card payment systems. 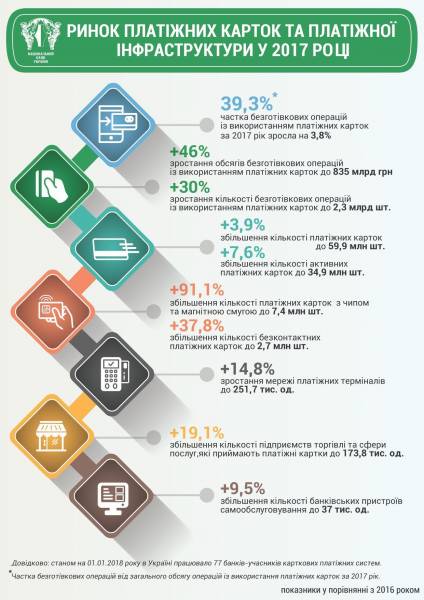 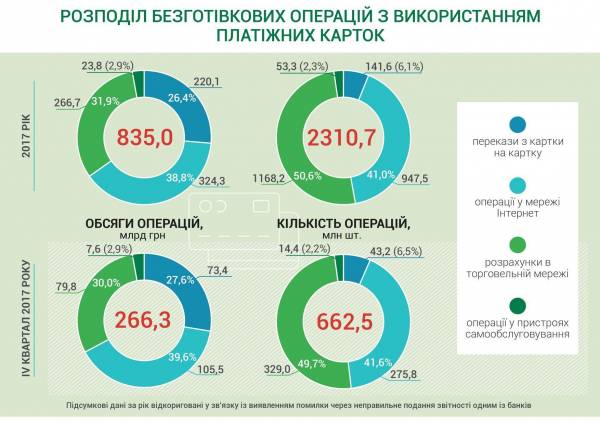