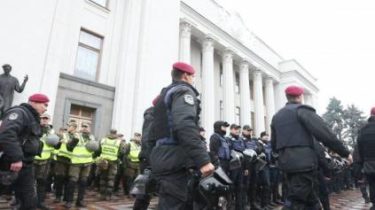 This was during a press conference said the head of national police of Kiev Andrey Krishchenko, reports “Interfax”.

According to him, on Sunday, February 18, in Kiev, stated activities such as a March from Shevchenko Park to St. Michael’s square, the procession from the metro station “Arsenalna” to the European square, Independence square and Khreshchatyk.

“The number of registered participants – from several thousand to several tens of thousands. According to our estimates, they will be less. We will use about 3 thousand police officers,” says Krishchenko.

He added that the police does not exclude provocations, and also to use dog handlers, bomb technicians to reduce the risk of a terrorist act.

“First and foremost we provide security in terms of preventing terrorist threats, which, unfortunately, continue to exist in our country”, – said the head of the Kiev police.