The high Council of justice said pressure Avakov on the judiciary 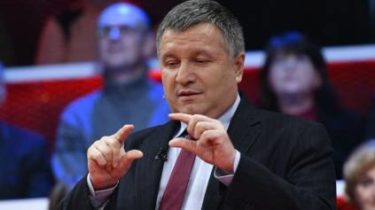 The head of the High Council of justice Igor Benedik said that the Minister of internal Affairs Arsen Avakov pressure on the judicial branch. In particular, in the case of wounds during clashes with police near Solomenskiy district court of Kyiv.

This Benedick said at an extraordinary session of the Verkhovna Rada, transfers “Ukrainian truth”.

“Requirements in connection with this judgment to VSP and to the court of appeal to make a certain court decision is an interference with and pressure on the judiciary”, – said Benedick.

He said that such cases of interference in the courts are many, and the Council of justice has repeatedly complained about them, but to no avail.

Recall that because of the court decision to release from custody a suspect in the Commission of a shot at the police, the Minister of internal Affairs Arsen Avakov proposed to end the protection of the courts by the National police and the National guard. He also addressed a demand to the Supreme Council of justice to respond immediately to such actions of the judge and to the Prosecutor’s office and the court immediately to make a fair decision on the fact of gunshot wounds to the police.

Later it became known that the National guard is left without the protection of the Solomensky court, who let the gunman in the police.

Suspect wounded in police – volunteer battalion “Donbass” Alexander Fedorchenko with the call sign “Brest”. At the time, he was the Illovaysk cauldron, knocked out two enemy tanks and two armored vehicles. For this he received an award weapon from which a shot was fired, wounding a police officer under the Solomensky court.

Law enforcement authorities seized weapons, and Avakov abolished the order of the presentation of this award weapons.

“Yeah premium (weapon), the person then has earned the fighting, unfortunately, it does not change anything. Order cancelled, drop the weapon”, – the Minister said in Facebook.