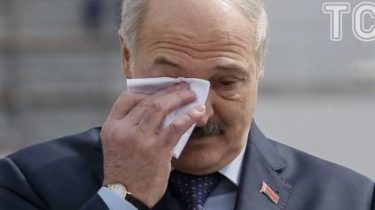 Belarus “extremely interested” to the war on Donbass ended as soon as possible, as the consequences of conflict impact on the country.

This was stated by President of Belarus Alexander Lukashenko, BelTA has learned.

“We are interested in the fact that this conflict or war (I don’t know how it calls) to be done, stopped… We have fallen on difficult times, God forbid,” said he.

Lukashenko opposed the postponement of negotiations on the Donbass from Minsk

According to Lukashenko, for all the conflict in Belarus, according to official data, arrived around 160 thousand Ukrainians.

“I gave everyone equal terms with Belarus, that is, free health care, free education, kindergartens and so on, utilities, and everything in Belarus. Do you think we cheap it cost? No. But people in trouble”, he said.

Lukashenka also noted that Belarus, a flood of weapons, and because of this it was decided to strengthen control on the border with Ukraine.

“And then, it’s political, diplomatic, and other impact on our country (you can imagine what is there today is happening in Ukraine), but as this would cut off in the era of the global Internet?. Therefore, we are extremely interested in the fire to extinguish,” said the Belarusian President.

Alexander Lukashenko believes that some States the conflict in the Donbass is beneficial.

“They will always inflate the conflict to be hot in Russia and Belarus. We need the mind to act and stop this conflict. That’s the main thing”, – concluded the Belarusian leader.

Belarus – not a springboard for the Russian Federation. What Kiev said Poroshenko with Lukashenko