Who’s more likely to pay in Ukraine and who are valued in the labor market. Experts warn about the crisis 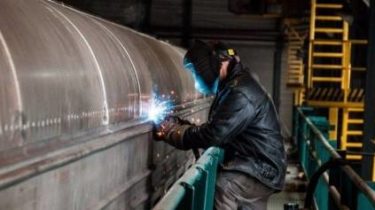 In Ukraine, certified specialists do not always have ultra-high incomesand a shortage of skilled workers puts pressure on employers that forces them to raise fees.

As reported in the story TSN.Week, class turners and fitters of the highest order willing to pay 10 to 20 thousand hryvnia.

Now a generalized portrait of the unemployed Ukrainians looks like this: a man 45 years with higher education and more than 5 years of experience. This man does not claim the position of top Manager, however, the first step in your career do not agree. Most Mature candidates looking for myself at work – engineers, technicians, and drivers.

“We have the first popular trend is the production. But production loves small towns with cheap rent and a lot of workers who can take of the villages that are nearby. If one plant is 3,500 workers, they have one pain in the ass – where to find three thousand workers,” – said the expert on employment Tatyana Pashkina.

In the TOP jobs that are needed now in the labour market, include the sellers, mechanics, turners, builders, welders.

One of the factories producing electrical equipment for cars has Japanese roots, but is registered in the Lviv region. In a spacious room the size of a football field, a few dozen workers are working in white coats and gloves. Iron discipline – on smoke breaks, no time.

Working here not only local, come from other regions, mostly from the South and center. In General, all arranged so as to employ 6,000 workers. However, hand is not enough.

However, pay don’t really want. And this is a key issue. Here, though, and lured the white salary, subsidized meals and transportation to work. But the amount in the payroll can not influence, says the head of recruitment Victoria Keith.

“We have a lot of vacancies, if we are talking about operators, Assembly lines and assembling cars. Thousands of workers we still need,” she said.

“We have made these pants: the top cannot, and bottoms do not want. Employers would like to hire people to save a bit on salary, do not like chocolate benefits package, as society wants and through this we have a situation where we have one big salary problem”, – said Tatyana Pashkina.

This is one big salary problem can result in a true national disaster, according to the Institute of demography. Larisa Lisogor explores social problems of the labour market and calls the reasons of the potential collapse – leaving the young and educated people.

Rozenko said the timing for raising the minimum wage in Ukraine

First, look at the difference in salaries in the Executive summary and the proposals of employers in Ukraine: -20% in favor of the search engine. And abroad are willing to pay, so this needs to think about employers.

“China and India are now creating the conditions to come home. You will be better at home. But we create the conditions in which you will work and get not much less than there,” said Lisogor.

Veronica calls the conventional figure in which wanting to go to work less. 10 thousand hryvnia it is necessary to pay even for unskilled labor. And those who do not go abroad, choose internal migration, confirms Tatyana Pashkina.

“People choose labour migration. But there are situations, when there are cities, the Western region where there are many businesses where it is possible to find a job,” added Pashkina.

Now on the market work for sellers, but most will pay in the capital. Second drivers with a salary of 13 thousand hryvnias. Without work will not sit and builders. Waiting for them in the West and the East. Skilled workers are needed everywhere, and sometimes higher wages accounting.

The chances will greatly increase if time to navigate. Wait until you will find adequate head and will offer all the money in the world – it is losing at the start. The advantage is the one who even in his 40 years is not afraid of alternative diploma areas, can quickly retrain and does not hesitate to use new technologies.