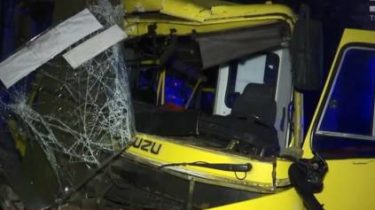 After the massive crash of two buses that ended with the massive injury to passengers, city officials declared the test to all carriers, but at the same time complain that because of the moratorium can explore is that of paper documents. About the European experience the comfort and safety of passengers, while the dream is not worth it, says the story TSN.19:30.

Versions of the reasons for the resonance of the crash of two “Bogdanov” have different – someone complains about breaking the rules, someone on the fault bus. However, even the appearance of rusty cars suggests that to protect this metal in the collision one of the passengers can not.

Video settings the Kiev plan to halve the number of minibuses

After extensive trewe two buses, which resulted in massive injuries to passengers, city officials announced an inspection of all carriers. But at the same time complaining, they say, because of the moratorium can explore is that of paper documents. 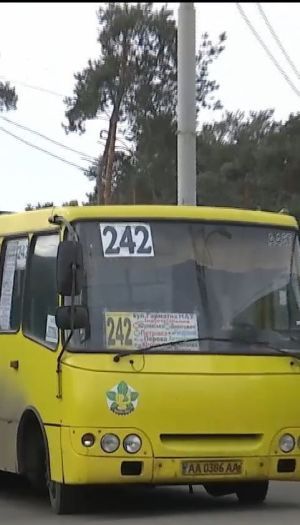 A colleague of the bus driver who crashed into a tree, says that the buses of the municipal enterprise in good condition, and traffic rules his companion followed. “Stayed in the lane for public transport,” says Alexander. Drivers for private carrier utilities complain of “Bogdan”. “Although we are not competitors at all, start chasing” – say there.

The lives of the people in the hospital, nothing threatens. So say the doctors, but the lawyers are convinced that all costs of treatment shall compensate the carrier, even if the driver did not issued the ticket. “The carrier must reimburse the costs of treatment, as well as mental suffering. The amount can reach hundreds of thousands of hryvnia,” – said Lawrence Tsaruk.

For residents daily drive to work in this truck is a real test, and for officials with respect to the screening of carriers for the umpteenth time is just an emergency. In November last year, the bus driver ran over two people that came into the bus, which stopped in the second lane. Then, after the inspection has taken away the licenses of four companies. After Friday’s disaster complained that because of the moratorium can only check paper.

At the same time, the city authorities plan within five years to halve the number of buses. The expert strategies of transport Alexander Kava is convinced that if you want to get rid of rusty “Bogdanov” could be much faster. “I am confident that the city can get rid of the bus for two or three years, if this will systematically engage in the purchase of trams, trolley buses and high capacity buses”, – he explained. The cost of this expert is estimated at 5 million.