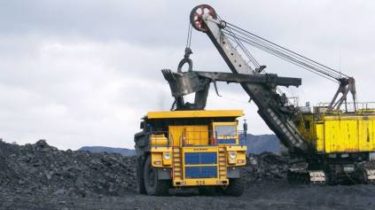 The agreement on deliveries of American coal to Ukraine had not only commercial benefit, but was politically motivated.

This writes the news Agency Reuters, citing a participant in the negotiations, the representative of the Ukrainian state company which imported coal.

For trump it was profitable because the transaction gave the necessary orders for the Pennsylvania – American region, where coal is mined. During the election campaign, trump focused on the voters of this state, promising them that will protect the interests of American energy.

For Ukraine, this deal helped to show his favor to the White house, which needs support Kiev in its conflict with Russia. It was also a new source of supply of coal at a time when traditional sources of supply fail.

The trump campaign, aimed at improving relations with the Kremlin, alarmed Pro-Western government in Ukraine, which lost Crimea in 2014 and continues to struggle with Pro-Moscow separatists.

However, the case for Kiev improved, when the President of Ukraine Petro Poroshenko visited the White house 20 June last year. “The meeting with trump was a key moment, an important stage,” said Reuters the representative of the government of Ukraine on the condition of anonymity.

Despite the incentives that the administration’s trump enterprises in the US are switching from coal to gas, wind and solar energy. As a result, U.S. mining companies are forced to export coal to Asia and look for new customers among the Eastern European countries that are trying to move away from Russian supplies.

Trump after meeting Poroshenko said: “Ukraine is already telling us they now need millions and millions of tons of coal. We want to sell it to them, and all others in the world who needs it.”

The agreement was signed in Kiev next month, after which the U.S. Secretary of Commerce Wilbur Ross, said: “This transaction has helped to strengthen a key strategic partner to the regional pressures that seek to undermine US interests”.