Ukrainian legal practice can obtain the first precedent of combining a large number of people in the judicial protection of their rights against giant companies. Involved in this process has the potential to become PrivatBank, says the story TSN.19:30.

A draft of the statement of claim already has become a popular topic of discussion on the Internet, and Privat advised his clients to not give their banking information to unknown sites. The authors of the lawsuit were the lawyers of the Dnieper, which was outraged by reports of contact with the client base of the Bank in Russia. This fall, appeared in the media correspondence of employees of the security service Privat to confirm the transfer of names, phone numbers and other customer data in Russia. “There accounts and social organizations, and volunteers, and soldiers who are fighting. That is unacceptable,” – said the representative of the bar Association Andrew Armanski.

I want to sue the Bank for a possible leak of customer data in Russia. The authors claim they say that in a world of such-treatment a common practice. People come together to jointly deal with the global companies-giants. But in the Ukrainian legal practice this has not happened. 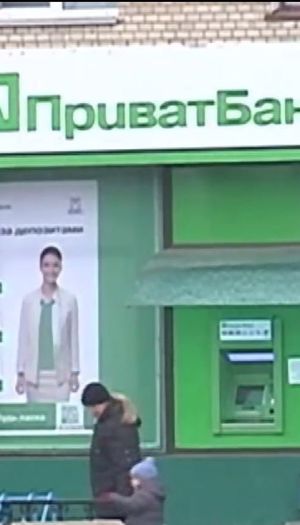 PrivatBank information about the unauthorized transfer of data deny. “‘t recorded any data transmission somewhere, especially abroad,” – say in the financial institution. At the same time, in the fall the Bank carried out the audit of the international detective Agency, the regional office is located in Russian Federation. There and gone as if the data is legal, and they concern only a small number of customers. However, lawyers are confident that they have sufficient evidence to win in court. The purpose of the lawsuit they see in the creation of precedent. “For us the task number one is the precedent of this lawsuit. If we can get it at this scale level to win in court – it is a very big plus,” they say. And explain that in the world of class-action lawsuits are common practice and Ukrainian reality – the only exception. With this statement agree even in PrivatBank. “This is a very interesting precedent. This in our legal practice, perhaps, yet was not” – admitted the bankers.

“PrivatBank” warns unprecedented for the banking market a phishing attack

The lawyers promise that the lawsuit will be brought, as soon as the case will join thousands of clients Private. Sue has already agreed to several hundred people and this number continues to grow.