“This is our line”: Yelchenko remembered talking to Deputy foreign Minister of the Russian Federation about the troops in Crimea 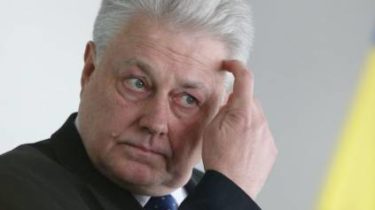 In March 2014 Deputy Minister of foreign Affairs of the Russian Federation Grigory Karasin has hinted that the Russian “green men” in Crimea.

This was stated by former Ambassador of Ukraine to Russia, permanent representative of Ukraine to the United Nations Volodymyr Yelchenko during the interrogation in the Obolon court in the case of treason, deprived the title of President Viktor Yanukovych.

“Last time I was in the foreign Ministry on 8 March. Remember. On this day I was invited on its own initiative, the state Secretary of the Ministry of foreign Affairs of Russia Grigory Karasin in the Ministry of foreign Affairs. Despite the fact that it was a Saturday, I was surprised. I came in an hour, we sat down. He probably already knew I was going to leave soon, and thus probably wanted to say goodbye, as we had normal relationship. I during this meeting, again asked him: “Tell me honestly, do your war in the Crimea, or not?” This, he said, – if you remember this film “the Adjutant of his Excellency”, and there is a boy asked him: “Paul Ivanovitch, are you a spy?” And he said, “you See, Volodya…”, – so replied Grigory Karasin,” – said Yelchenko.

According to the former Ambassador, in the eyes of the representative of the Russian foreign Ministry, “I heard the answer, Yes, there is military”.

“I asked why did you not respond to any of our request. He said, “Well, that’s our line””, the diplomat added.

“I ended his official contacts in Moscow, it was the last example that we responded, we asked, and even received such humorous responses. So I think that it is incorrect to blame the user or the Ukrainian diplomacy that we didn’t react to the events that occurred. Another thing is that, unfortunately, our reaction was not the reaction of the Russian”, – he said.

Also in response to the comment of the lawyer Yanukovych, Karasin could answer the question this way, because in the Crimea, according to the agreement on the basing of the black sea fleet, a contingent of Russian troops, Yelchenko said: “I asked more specifically: “are There any troops in addition to those in accordance with the agreement, you Russians have the right to be in Crimea?”

We will remind, earlier Prosecutor General Yury Lutsenko said, when will the trials of ex-officials of Yanukovych. According to the head of the GPU, this year should be the end of all Affairs officials of times of Yanukovych from the sanctions list.