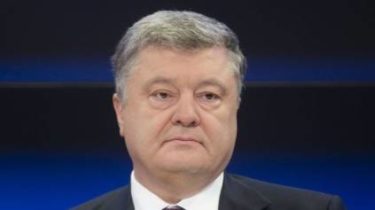 Obolonskiy district court of Kiev rejected the counsel deprived the title of President of Ukraine Viktor Yanukovych in the re – interrogation of the current President of Petro Poroshenko.

This was stated by the presiding judge Vladislav Devyatko, the correspondent of TSN.

A petition to the beginning of the meeting was filed by the lawyers of Yanukovych, arguing that during the interrogation they did not have time to ask all the questions and thus has not used fully its right to question the witness.

“We ask to interrogate the witness of Peter Poroshenko again. We understand that the attorney General and the Prosecutor fully controlled by the President and therefore tried to save him from uncomfortable questions during the entire time of the questioning. I think that the prosecution did a great disservice, disrupting the questioning,” – said the lawyer Vitaly Serdyuk.

Criticism of Russia and gratitude to the Crimean people. The main points of the interrogation Poroshenko in the case of high treason Yanukovych

In turn, prosecutors noted that the reason for repeated interrogation Poroshenko may not be what the lawyers of Yanukovych was not prepared for the interrogation, and the statements of the defenders are false and unacceptable.

“The petition is not at all substantiated. The defense had every opportunity, even more time to ask their questions, but did not use their right, so the prosecution believes that it is necessary to refuse this request,” – said the Prosecutor Ruslan Kravchenko.

The court upheld the Prosecutor’s position and denied the lawyers of Yanukovych in the re-examination of President Poroshenko.

We will remind, on February 21, President Petro Poroshenko was questioned as a witness in the case of treason Viktor Yanukovych via video. The interrogation was to last till about 15:30, but the referee had to stop it because most of the issues the defense did not concern the criminal case, which considers the court.