Russia during the annexation of the Crimea was illegally extracted from the Odessa field 3.5 billion cubic meters of gas 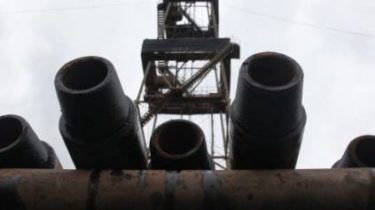 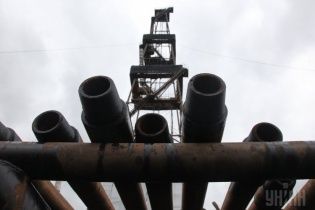 In 2014, Russia illegally extracted more than 3.5 billion cubic meters of gas captured during the annexation of Crimea Ondesskie gas field.

About this on air of Gromadsky Chairman of the Board of state joint stock company “Chernomorneftegaz” Svetlana Nezhnova.

According to her, Russia during the annexation drilled in field 11 new wells. The occupiers are trying to pump out as much gas as possible.

“Gas production at the Odessa oil field continues to the time of annexation there were drilled 7 wells, then another 11 wells. The field is now used in full. The illegitimate authorities of the Crimea trying to pump out more gas from there,” said Ninova.

Offshore oil and gas field in the Crimea gave to the firm, which is associated with Kurchenko

The Odessa gas field is located in the economic zone of Ukraine, its reserves are around 21 billion cubic metres of gas. Ukraine has been entered into operation in November 2012, officially there were produced about 500 million cubic meters of gas.

Earlier it was reported that Russia will stop gas production by major field of the Crimean shelf zone of Odessa. She must make due to the fact that Ukraine complained about her to international arbitration in September 2016 because of a dispute over Maritime rights. Kiev accuses Moscow of the fact that it steals the natural resources on the sea shelf, which belongs to Ukraine.