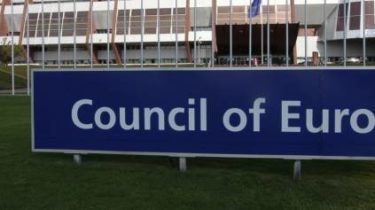 This document will be of strategic relations of Ukraine with the Council of Europe over the next four years. “Key partners from the Ukrainian side are the Central and local public authorities and non-governmental organizations. The estimated budget for the action plan of 29.5 million euros in financing which involved Switzerland, Norway, Denmark, Sweden, the Netherlands, Ireland, Czech Republic, Lithuania, Hungary, Liechtenstein and the European Union”, – said the representative of our country to the Council of Europe.

The plan provides for support of the reforms, which govern the Ukrainian legislation with European standards. The document also refers to aid changes in judicial structure, the reform of law enforcement agencies, enforcement of decisions of the courts, the decentralization of power and combating corruption. “Special attention will be paid to the protection of the rights of internally displaced persons and security of journalists,” promised the diplomats.

“The adoption of the action plan was held symbolically in the days when Ukraine sadly marks the fourth anniversary of the death of the Heavenly Hundred and the beginning of the Russian aggression. But today must look forward and use the opportunities of the action plan for the implementation of reforms and European integration. At our initiative the new action plan of the Council of Europe for Ukraine will promote the implementation of the Association Agreement with the EU. Strong and successful Ukraine will be the best tribute to the heroes of the Revolution of Dignity and the war with Russia”, – said the permanent representative of Ukraine to the Council of Europe Dmitry Kuleba.

The permanent mission of Ukraine to the Council of Europe