The former head of “Naftogaz”, which want to deprive of parliamentary immunity, does not communicate 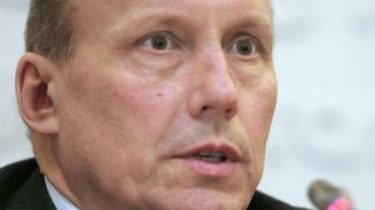 MP from the faction “Opposition bloc”, the former head of “Naftogaz Ukraine” Eugene Bakulin, who brought in Parliament representation on removal of parliamentary immunity, the detention and arrest, does not communicate.

This was stated by the Chairman of the Verkhovna Rada Andriy Parubiy, writes “Interfax-Ukraine”.

“As far as I know, he does not communicate. Assistants stopped to take up,” he said.

According to Parubiy, according to the law, Bakulina has five days to provide explanation.

“If he does not use this right, the procedural Committee will review the submission,” added the speaker, noting that the procedure for submission of the public Prosecutor provided for 20 days.

Recall that Bakulin, who 2007 and from 2010 until 2014, he occupied the position of Chairman of the Board NAK “Naftogaz of Ukraine” suspected of involvement in the criminal scheme of theft of money “Naftogaz” and “Chernomorka”, which was called “towers quickly”.

In early February, the assistant Deputy announced that Bakulin is in the hospital after surgery.

February 16, Prosecutor General Yury Lutsenko has signed the documents, concerning Bakulin. The Deputy is facing the removal of immunity for the case of the “Boyko rigs”.