In Kiev, found a stolen new year’s eve dog for which the owner wanted to pay 200 thousand of redemption 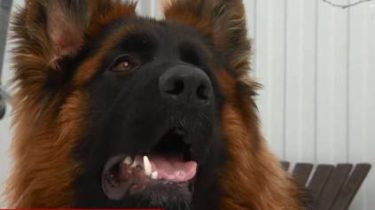 The dog, which promised 50, 100, demanded, and were willing to pay 200 thousand hryvnias was returned to its rightful owner. Dog Bow held in captivity eighteen months, and all this time the owner was looking for their pet, according to a story TSN.19:30.

Michael recalls with horror as the Bow was stolen – it was the worst Christmas gift in his life. In addition to the animal, with farmsteads nothing else is missing, so down the castle deliberately for dogs. First, the quest connected neighbors, then the owner wrote in the social network that can’t live without the Bow-tie that is willing to pay for its return a lot of money. The phone began breaking off the scammers who asked to transfer the money, but the evidence that the dog they have, not provided. Until there were the real kidnappers, who demanded twice the offer the owner the amount, and confirmation of claims sent a photo of the collar and the leash that was on the dog.

For the dog promised 50 and then 100 thousand hryvnias of compensation. The Internet community reported tens of thousands of reposts. All this time the owner called the scammers, who really had no dog. Until I called kidnappers themselves. At first Michael thought just to buy your four-legged pet, but then decided that it was not the best way. “Were willing to pay more money, to give everything that is. But is it right and okay to pay money to bandits, thieves,” he said. Therefore, involved employees of the criminal investigation Department, which also began to worry about the pet and its owner when he heard the circumstances of this story. The rumor about the Bow even went to the Deputy Chairman of the National police Vyacheslav Abroskin.

It had its effect – the dog returned. “Bow to me rushed up, began to scream. Immediately recognized, came back, started to lick it,” tells about a happy reunion the owner. The circumstances of the release of dog law enforcement was not disclosed, but claim that the kidnapper is now under investigation. It is a familiar master, who knew Michael very attached to the dog, so I decided to cash in on it. Moreover, to steal the Bow was easy – the dog is kind and affectionate, even to strangers. The owner says that the findings of the situation already did, and now will make chips and GPS trackers, and the dog will not live in a box, and in the house under the surveillance cameras.