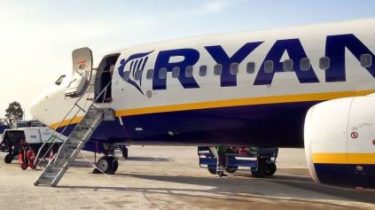 At the end of October or early November of this year, Irish airline Ryanair is one of the largest European low-cost airlines – will start operating commercial flights to Ukraine.

This was stated by the Minister of infrastructure Vladimir Omelian, UNIAN reports.

“Before signing the agreement I can’t comment on that. I can say that the company will start its flights in late October – early November of 2018,” said Omeljan.

Earlier the Minister said that the airline Ryanair will begin flights from the Ukrainian airports “Borispol” and “lions” in the autumn of this year. Now the parties agree on the details of the agreement.

We will remind, the Irish airline Ryanair 15 March 2017 announced the opening from the 30th of October 2017 11 flights from Kiev and Lviv. On 10 July, the General Director of the airport “Borispol” Pavel Ryabikin said that in case of signing of the contract with the low-cost airline Ryanair, the airport will annually receive 2 billion UAH. He called the contract with Ryanair is financially disadvantageous for the company and refused to sign it until you have taken into account the requirements of the airport.

On the evening of 21 December of this year in Ukraine flew the plane of Ryanair with the management company on Board – peregovory Minister Omelyan.