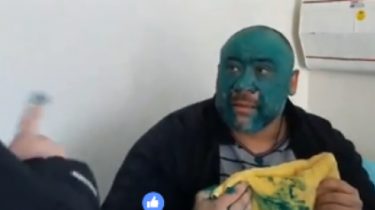 Well-known activists, participants of the ATO in the Donbass called for the heart Institute Yuri Kucina, which is considered one of the organizers of the “aunts” in 2014.

He was brought to the hospital the poison balls, tangerines. Rat blamed the attacks on Euromaidan activists and the murder of journalist Vyacheslav Veremiya.

Krysin denied it. He asked me to stay a priest who just doused it with green paint, to tell him about participation in the Maidan. Krysin also asked the activists to come to him and discuss conflict points.

It should be noted that Krysin is supposedly on the examination in children’s Department of the heart Institute.

Recall, 22 December the Shevchenkovskiy district court of the capital sentenced in the murder of journalist Vyacheslav Veremiya. The accused Yuri Rat found guilty, was sentenced to four years imprisonment with a probation period of two years and released. The verdict of the judge Oleg Linnik outraged people. He explained his decision by the fact that he could not “go beyond the charges”. “The charge was hooliganism and light bodily,” he said.

2 years probation and 12 thousand UAH – for the murder of a journalist. The aunt, who scored bat Vyacheslav Jeremiah during the revolution of Dignity, the Shevchenko district court of Kiev has appointed 4 years in jail. But send Yuri Rat to jail judge Oleg Linnik promises only two years, and then, if he’s going to be rude. Such a strange sentence to relatives and colleagues of the slain met with cries of “shame!”. 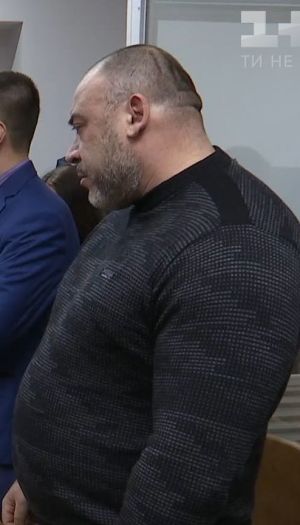