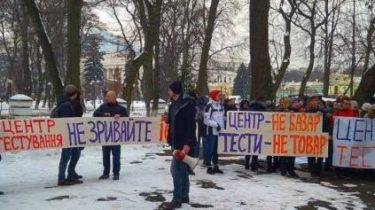 The strike Committee of the NMU named after O. O. Bogomolets reported that today, February 26, the night is planned dismissal dismissed from execution of duties of the rector of the University Ekaterina Amosova.

It is noted that for this decision, the strike Committee decided on a peaceful course from the Campus to the Ministry of health.

“The procession will start at 20: 00 and will last 2 hours. Back students will take a bus! The route will be the heating. For popularizing the hostel will be closed from 16-00 to 23-00”, – stated in the message.

Urgent! We inform you that tonight was planned wrongful dismissal Ekaterina Amosova. In this regard, strike…

In turn, V. a. The Minister of health Suprun commented on the strike.

“This is not a strike of students and teachers – it’s sabotage of some members of the administration and deans of national medical University. Please do not confuse two fundamentally different phenomena – a self-organized student movement and top-down initiative disruption of the educational process, in which hostages were thousands of future doctors. The problem is not in the Commission of the Ministry of health, which was to carry out an elementary check of documents, and in fear of losing absolute power and an unhealthy understanding of the limits of own authority by the leadership of the NMU. The students in NMU – free people who want to learn, and that is their sincere indignation increase the severity of the ties on the doors of academic buildings,” said Suprun.

She also commented on the information regarding the block MZ stipends and salaries in the NMU.

“Separately about scholarships and salaries in NMU: the Ministry of health does not block. Removed the rector – not the only one who has the right to sign documents. The rectors have all the powers necessary for carrying out of payments” – said in Twitter Suprun.

Separately about scholarships and salaries in NMU: the MINISTRY of health does not block. Removed the rector – not the only one who has the right to sign documents. The rectors have all the powers necessary for carrying out payments https://t.co/kmJ0d5qzJf pic.twitter.com/nbzRmMxNJ8

For the failure of the licensing exam, the Ministry of health temporarily suspended from the duties of rector of NMU. Bogomolets Catherine of Amoz, and created a Commission to study the situation that has developed.

Videouniversity Bogomolets caught in another scandal

The Ministry of health was suspended from the post of rector of National medical University Catherine Amos. The scandal erupted because of the license examination “KROK” for dentists, which was held today in all medical institutions, except the University named after O. O. Bogomolets. The Ministry blames the failure of the exam to the rector Catherine of Amoz, which may indicate corruption in the medical University. But, Yekaterina Amosova argues that the health Ministry does not allocate funds to pay for the testing from the budget. 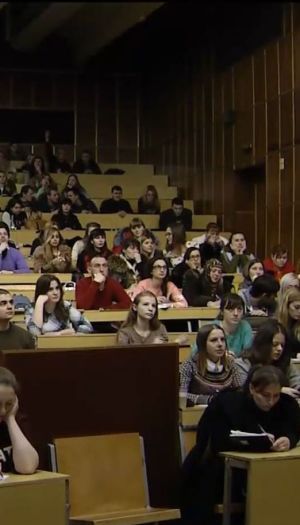