“Extraordinary situation”: another candidate for auditors of the NABOO refused to participate in the selection – paruby 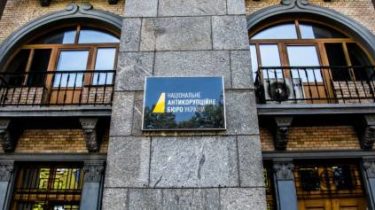 Already two of the three candidates for the post of auditor of the National anti-corruption Bureau of Ukraine withdrew their candidacies.

This was stated by the speaker of the Verkhovna Rada Andriy Parubiy, writes “RBC-Ukraine”.

“There is an extraordinary situation that after the decision of the Committee, two of the three candidates wrote statements about what they don’t want to run, they do not wish to participate in the vote of the Verkhovna Rada in the selection of the auditor. I want to remind you that these candidates (all three – approx.ed.) we’ve seen already, when I held a rating vote… Then none of the candidates, including the three received the required number of votes,” he said.

However, Parubiy expressed the hope that in the coming days the situation will be resolved.

“Obviously, in this environment, the Committee will be able to consider the situation and give a new decision about the candidates for auditor,” added the speaker.

In early February, 2018 American lawyer and the lawyer involved in the corruption case of ex-Prime Minister Pavlo Lazarenko Mar Soup abandoned his candidacy for the post of auditor of NABOO.