A four-hour bombardment on the arc Svetlodarsk. The situation in the Donbass 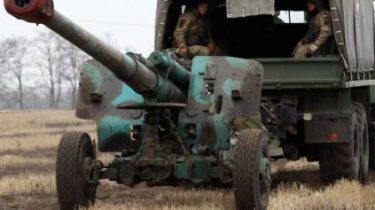 The militants in the Donbas were carried out 7 the impact of shelling of positions of Armed Forces of Ukraine. One Ukrainian soldier was injured.

On Lugansk the direction on the arc Svetlodarsk fighters more than four hours fired from mortars of various calibers, grenade launchers, anti-aircraft and heavy machine guns in position near Svitlodarsk and released more than 200 mines of various calibers. 120-mm mortars are used in close proximity to Luhansk and Trinity, and near Novoaleksandrovka – shelled our positions with mortars caliber 82 mm and rocket-propelled grenades.

Posted by the Press center of staff ATO on Tuesday, February 27, 2018

In the evening, militants fired at least half a dozen mines of calibre of 120 and 82-mm on the settlement Lugansk. Because the fire occurred before dawn, the consequences of damage is still unknown, said the headquarters of ATO.

In Donetsk direction of the cease fire violations are not fixed, said the military.

Earlier in the Kyiv region buried a soldier of the 95th brigade of Alexander Sevka. 19-year-old soldier was killed under Avdou on a post from a sniper’s bullet.