“For the physical elimination not called”. Knyazhitsky sued on Medvedchuk 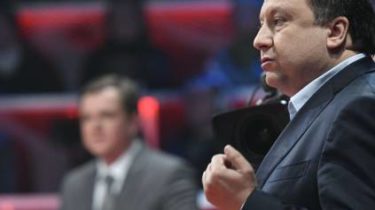 The Chairman of the Verkhovna Rada Committee on culture and spirituality, MP Mykola knyazhytskyy has filed a lawsuit against godfather Putin, the leader of the political force of “the Ukrainian choice” Viktor Medvedchuk.

“Yesterday I appealed to the Pechersky district court of Kiev under the claim of Viktor Medvedchuk. The cause of the dispute was a recent interview with Medvedchuk, issued a number of media, which, among other things, Viktor Medvedchuk said that I called for his “physical liquidation.” In its lawsuit, asking the court to recognize untrue the information and refute it,” – said in the message.

Two pieces of news. The law “of Kivalov – Kolesnichenko” unconstitutional. And second, yesterday I appealed to the Pechersk district court…

Medvedchuk and other friends of Putin. The Russian media found out who can get into the sanctions list of the USA

Knyazhytskyy added that he considers the position of Medvedchuk’s anti-Ukrainian and wants to be the one brought before the court. However, to eliminate physically the godfather of Putin, he never called. MP calls statements Medvedchuk manipulation.