“Suprun washed-up”: members of the government sent an SMS with the requirement to dismiss the head of the Ministry of health 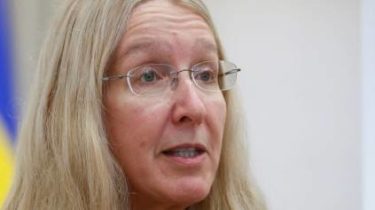 Unknown before the start of the meeting, the government has written to the Prime Minister of Ukraine Volodymyr Groisman and Ministers threatening messages because of the situation that has developed in the medical University. Bogomolets, and the requirement to dismiss the acting Minister of health Ulyana Suprun.

She stated this on his page in Facebook and posted a screenshot of SMS messages.

“Suprun is already washed-up as raised a hand to the Holy of NMU. Bogomolets and the rector of Amoz Ekaterina Nikolaevna. I hope today You decide to remove Suprun and restore of Amoz Ekaterina Nikolaevna in office. Otherwise, I hope You remember that most changes in Ukraine was initiated by the students. The strike will continue until you release Suprun,” – said in the message.

According to Suprun, eve also tried to hack into her personal page on Facebook.

“The tactics of cyber terrorism and intimidation are two of my favorite methods of not only the Russian Federation and its allies in Ukraine. Hybrid war against transformation of Ukraine into a European state is ongoing,” she added.

Separately, the head of the Ministry of health has addressed in law enforcement bodies with the request to take appropriate action.

Hybrid war against transformation of Ukraine into a European state continues. Just before the Prime Minister and…

After that, the students and employees of medical University declared an indefinite strike, and the Ministry of health of Ukraine urged not to succumb to provocations and not to disrupt the educational process.

In turn, the strike Committee of the NMU issued a video message in which he said that stopped a strike.

“We stop the strike. Us heard. Yesterday the parliamentary Committee on health unanimously supported all our requirements”, – is spoken in the video message.