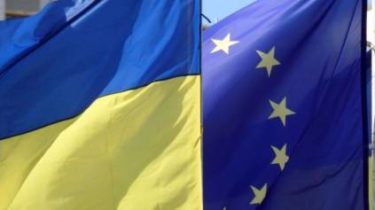 The team of Petro Poroshenko discusses the proposal of “anchor” in the Constitution of European and Euro-Atlantic integration.

The head of state said today, 28 February, during a press conference in Kiev.

According to Poroshenko, both ideas, as evidenced by the poll, are consolidated in society.

“At a time when the head of the raise of anti-European political forces that seek revenge, in my opinion, the amendments to the Basic law could be the insurance for any eventuality and the imperative for all political forces in the years ahead,” – said the head of state.

He added that this could be fixed in the Preamble. For this you need 2/3 of the constitutional composition of the Verkhovna Rada.

“The last vote for the bills, concerning questions of national defense and security give cause for cautious optimism,” the President added.

Earlier, the European Union adopted the action plan of the Council of Europe for Ukraine for the years 2018-2021. “Key partners from the Ukrainian side are the Central and local public authorities and non-governmental organizations. The estimated budget for the action plan of 29.5 million euros in financing which involved Switzerland, Norway, Denmark, Sweden, the Netherlands, Ireland, Czech Republic, Lithuania, Hungary, Liechtenstein and the European Union”, – informed the representative of our country to the Council of Europe.