Poroshenko has appointed two judges of the constitutional court. One of them – eks-the Minister of justice 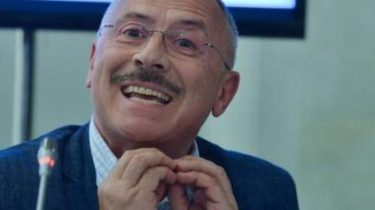 The President of Ukraine Petro Poroshenko by his decree from 27 February appointed two judges of the constitutional court.

One of them is Serhiy Holovaty. He was twice Minister of justice, in 1995-1997 and 2005-2006. Six times he was the MP (II-VI convocation, elected from the bloc of Yulia Tymoshenko Bloc “Our Ukraine” and Party of regions).

The other appointed judge – Vasily lemak. He is head of Department of theory and history of state and law of the law faculty of Uzhgorod national University.

We will remind, a week ago, February 21, on a secret ballot elected the President of the constitutional court. They became Stanislav Shevchuk.