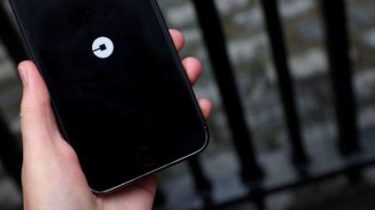 In the US a woman after a long-term relationship and the search for love on Tinder decided to engage in sex with Uber drivers.

It all started that one night a woman who was not looking for a serious relationship, came back from a friend home in a taxi, reports the New York Post. When the girlfriend was taken home, the woman was left alone with the driver and decided to make the first move, asking if he had sex with passengers.

The driver, in particular, answered that they are not allowed, however, it was repeatedly seduced.

“I asked him: if you give me your phone number, will this be a violation? He smiled at me and gave me his card,” said the woman.

After a few seconds the driver’s phone rang. Without saying anything, he parked the car and went with the woman into the house, where they engaged in passionate sex.

“It was very fun, but I knew I’d never see it again – it made me look at my Uber drivers in a new light,” said the woman.

After that she twice had sex with taxi drivers. In particular, once in the car on the back seat and once again at home.

Earlier it was reported that the American company Uber announced that it will allocate $5 million to combat sexual violence. According to representatives of the carrier, the money will be used to Finance its programs. As well as the training of 150 specialists in customer service, Uber, who will join the new team for resolving issues related to sexual violence. In this way Uber is trying to improve its image after a series of messages on sexual harassment within the company, as well as cases of attacks by taxi drivers on passengers. In June it was even laid off 20 employees, who were accused of obscene behaviour in the workplace, which caused the resignation of company founder Travis Kalanick.