NSDC will extend sanctions against banks with Russian capital – Poroshenko 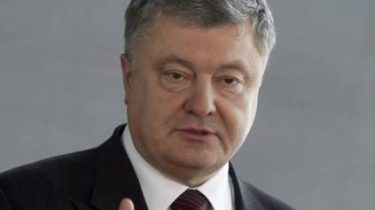 The Council of national security and defense will extend sanctions against Russian banks.

This was stated by President of Ukraine Petro Poroshenko, says “Gromadske telebachennya”.

“I don’t see any problem here, because our approach was correct and effective is not affected by the interests of the depositors, the interests of customers, but government policy is absolutely correct, especially as our foreign partners to impose sanctions against the banks with Russian state capital. For 2017 year, net assets of Ukrainian banks with Russian state capital fell by a third, and the volume of their funds from individuals and legal entities – decreased by 28 and 34 percent respectively,” he said.

Separately, Poroshenko said that the process of entering the Ukrainian market of banks with Russian state capital is gradual, regulated and stimulated by any state bodies of Ukraine.

Sanctions against Russian banks should continue. Banks with Russian state capital is already winding up its business in Ukraine and their exit from the Ukrainian market is only a matter of time

Recall that the sanctions imposed on March 23, 2017. Introduced a year restrictions prohibit banks to conduct any financial transactions in favour of the parent structures, but does not prohibit their sale.

Earlier, the NBU announced the closure of the group of Sberbank in Ukraine. Reason selling VS Bank Sergei Tigipko. The group, which included ”savings” VS Bank and the company ”Sberbank Leasing Ukraine” was registered on 4 Oct 2013.