“I can’t say that all happy”. Yanukovych told at the expense of lives 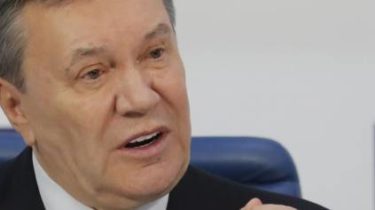 President-the fugitive Victor Yanukovych admitted that he lacks the means to life, even to confiscate their stolen money.

He stated this today, March 2, at a press conference in Moscow.

Yanukovych – the questioning of the President: “He said nothing that was supposed to say”

“How do I live? I have a family, have a son, quite young, healthy people. I live with my family. As they say, I your money not believe, and you shouldn’t consider my. I live my life. Can’t say that everyone is happy. I can’t say. It is hard for me. I am very hurt and I really want to get people who are suffering today in Ukraine, the suffering stopped,” – said the fugitive.

Earlier it was reported that withdrawn from the “family” of Viktor Yanukovych $ 1.5 billion are in the accounts of the State Treasury.