Yanukovych – the questioning of the President: “He said nothing that was supposed to say” 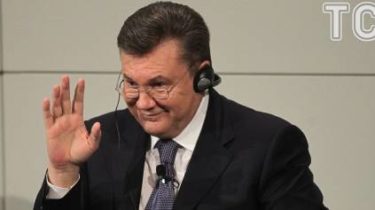 Viktor Yanukovych said that the current head of state Petro Poroshenko – during the trial for treason of the President-the fugitive had to tell about the investigation of the shooting of the Maidan.

He stated this at a press conference in Moscow.

“He said nothing that was supposed to say. He didn’t say what I had to do. He was supposed to start fair investigation. Because the Heavenly hundred and those law enforcement officers who were killed died at the hands of the murderers who were shooting at unarmed people. Shot of the buildings that controlled the Maidan. That is the question. The President must be fair and honest. But if the income of the President has increased 10 times over the years, and the population is several times poorer… About this, perhaps people will think at the next election. How to give an answer,” he said.

We will remind, on February 21, President Petro Poroshenko was questioned as a witness in the case of high treason Viktor Yanukovych via video link. The referee had to stop the interrogation, because most of the issues the defense did not concern the criminal case, which considers the court.