In Kiev, the rector of the University “lost” on a bribe in 3 thousand dollars 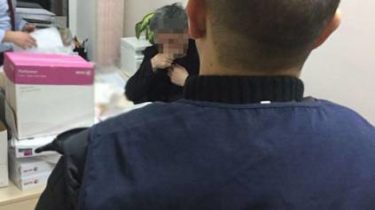 Police detained the rector of one of higher educational institutions of Kiev who demanded and received 3 thousand dollars of a bribe.

About it reports Department of protection of economy of the National police of Ukraine.

In Kiev on a bribe caught the officer-fiscal

According to militiamen, an official of the University demanded money from applicants for admission to the first year of one of the faculties of the institution. February 28, police officers documented the fact of extortion of a bribe by the rector and detained him while receiving money.

To the detainee it is reported about suspicion, to it threatens till seven years of imprisonment with deprivation of the right to occupy certain positions or engage in certain activities for a term up to three years, with confiscation of property.

Militiamen establish other facts of obtaining illegal benefit by the rector of the University.

We will remind, in Kharkov, head of the Department one of the leading higher educational institutions has exposed the bribe. The official at the direction of the University administration asked the head of other departments 380 thousand hryvnias for the renewal of the labour contract for a new term.