“Kievzelenstroy” boasted the first of the year tulips 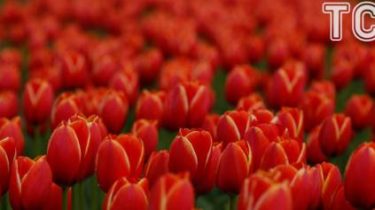 In Kiev the greenhouse of Zelenstroy flourished more than 70 thousand tulips. Some of them will cut and sell as bouquets, and the other part will land at the capital’s flowerbeds when warmer, according to a story TSN.19:30.

The first shoots of tulips in “Kievzelenstroe” appear in the New year, and then employees of the greenhouse to regulate the temperature so that the flowers bloomed in the early spring. “Here, 16 degrees, if we give more they will wither quickly, and they are stored for longer” – explain specialists. Women who care for flowers, admit that they love to receive a gift of these flowers, so they don’t sorry. “They are grown to cut them down,” they say.

To newborn bulb began to flower it needs to last 2-3 years. All the tulips that are now growing in the greenhouse, beautify flower beds Kiev. The local government promises that this year will be planted more than 13 million colors.

Some will cut and sell as bouquets, some are planted in the flowerbed of the capital, as warmer. This year “Kievzelenstroy” is preparing to decorate with flowers the city. Promise to plant more than 13 million colors. 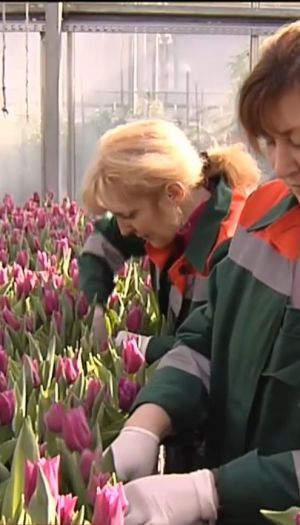